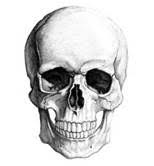 The Grave City :: Haunted Relic Expo gets its roots for being founded within a town that can easily be considered a City of the Dead. No.. Moundsville does not harbor zombies or vampires, but more so that Moundsville, originally known as Elizabethtown, was founded and built over ancient native American Burial Ground. Hence the obvious hint within it the town's name Mounds-ville! A few of the mounds exist to this day. The most notable one being the Adena Mound just across the street from the former West Virginia State Penitentiary on Jefferson Ave. and the other residing in the neighboring town of Glen Dale on the Cocayne Farm just across the highway from John Marshall High School on Route 2.

The Grave City :: Haunted Relic Expo has always been about not only educating those on the paranormal field and all that makes up it's structure, but also promoting UNITY within the paranormal field. In the past the Grave City :: Haunted Relic Expo has showcased instructional seminars, informational seminars, haunted relic seminars and presentations, meet & greets with high profile individuals and even promotion of local businesses and independent representatives.

All Grave City upcoming events can be found on the Archive of the Afterlife's FACEBOOK page and will also have updates listed on this page!
So keep an eye out and an ear open !!